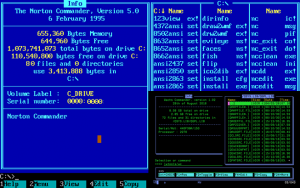 In the last part of the 80’ies I got my first PC. It was running MS-DOS 3.10 and had two diskette drives each at 360KB. Later it was upgraded with a hard drive on 10 MB and then it started to be a little difficult to find my way around this huge hard drive 😉 One day I came across Norton Commander® and it was a success right from the start 🙂 I was really happy and I thought ‘If just it was me that got the idea for this brilliant program’.

Since 1985 I have worked on IBM’s series of System/34, System/36, System/38, AS/400, iSeries, Power i and now IBM i and I have really missed good old Norton Commander®. I choose to do something about it, and as a tribute to Norton Commander® I have written Wachs Commander 🙂 It has the same look-and-feel as Norton Commander® and it gives easy navigation on the IBM i and easy management of objects and files 🙂

You are welcome to download and use Wachs Commander on your IBM i. Read more about it and download it from here: 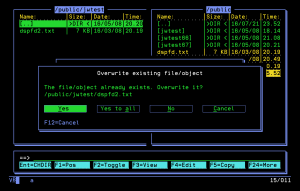 You can read more here: